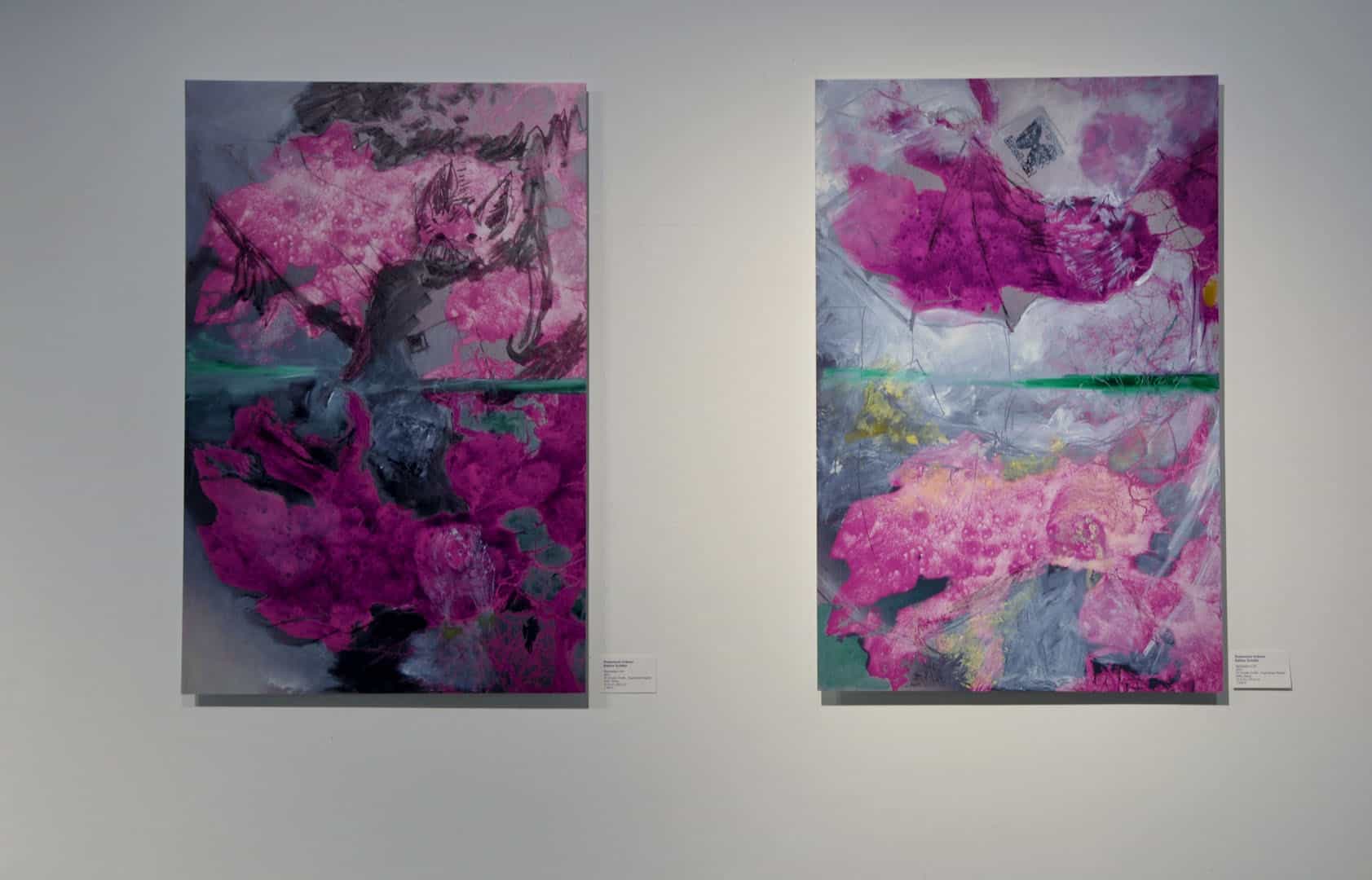 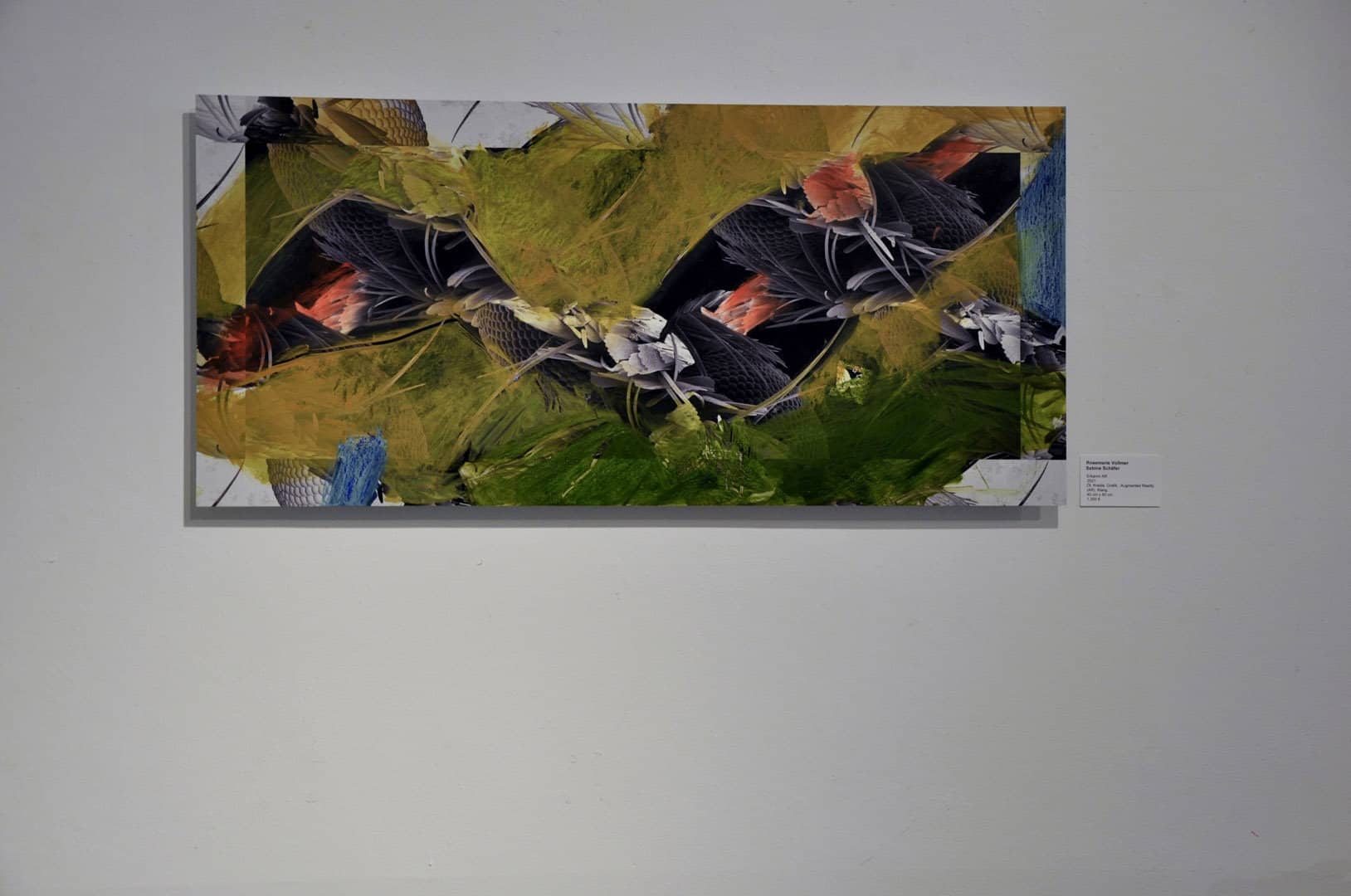 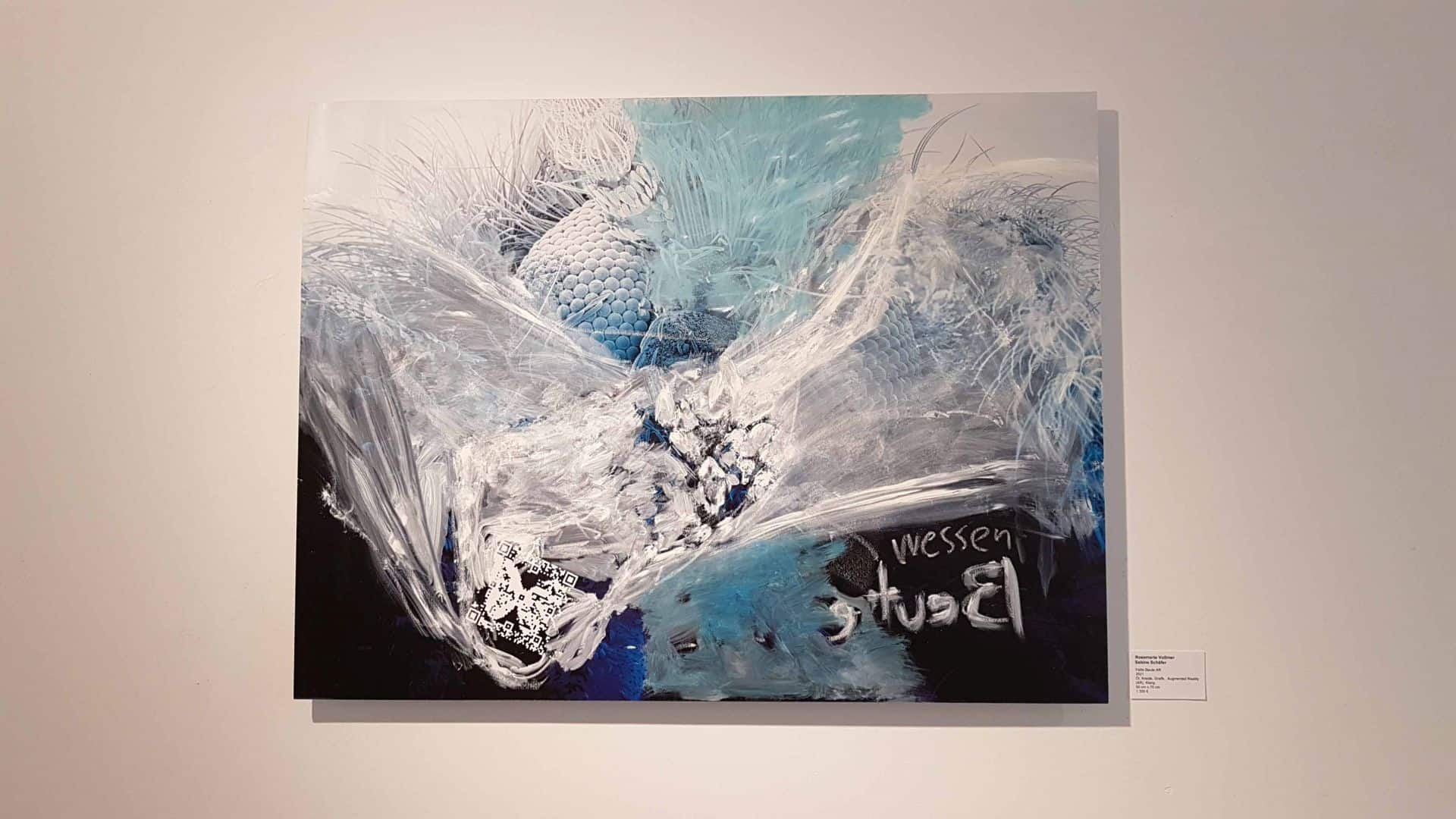 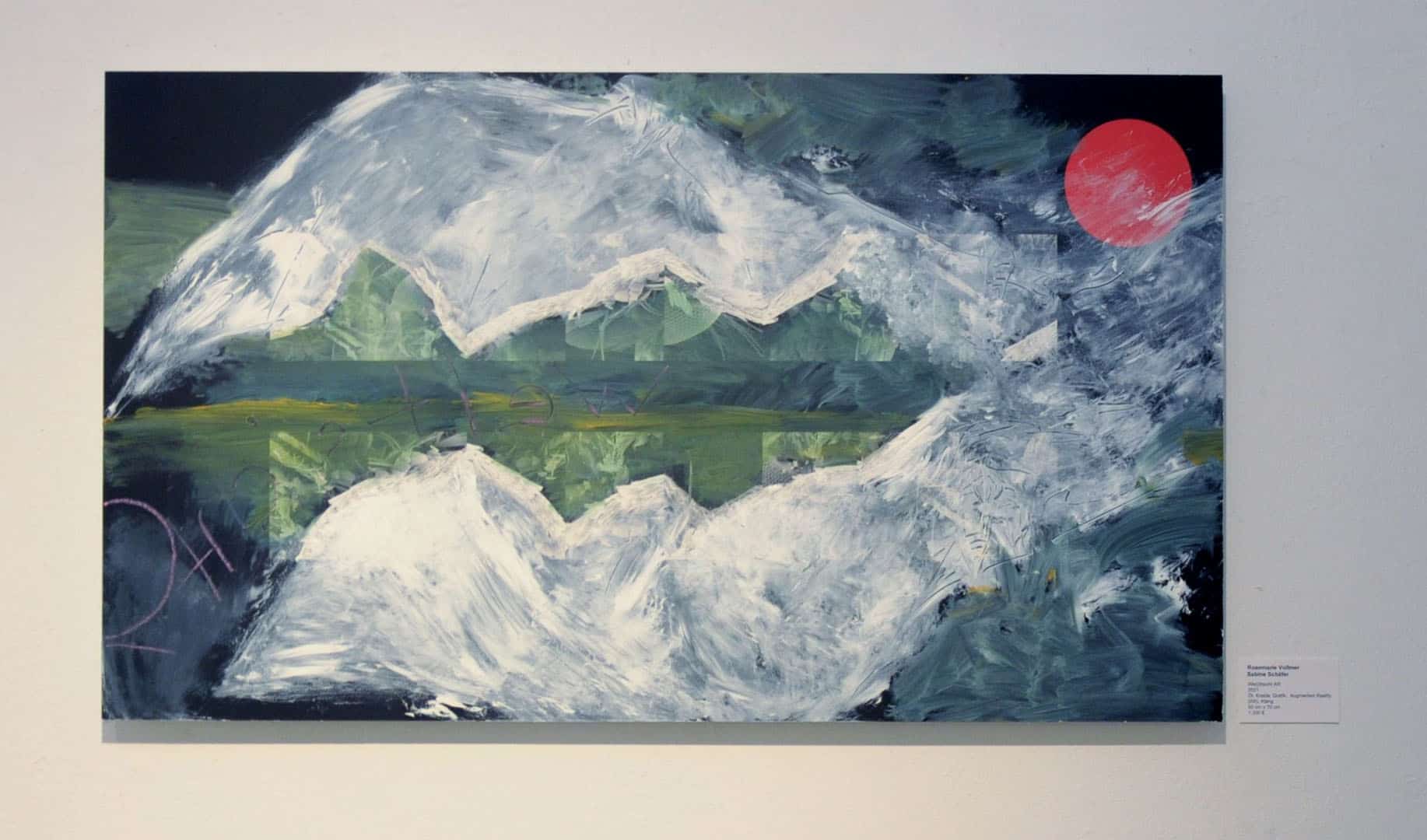 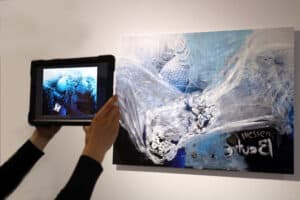 AR application
Visitors scan the picture with an image scanning app and see the augmented reality video on their smartphone/tablet.

Excerpt from the introductory speech of 10.9.2021 by the art historian
Prof. em. Dr. Helmut Schütz, Karlsruhe on the series of works Dialogische Übermalungen:

“…Sabine Schäfer has also created her own pictorial works. They are prints on Alu Dibond, which she produced from images of insects obtained with a scanning electron microscope. Like a stamp, a QR code in the shape of a butterfly appears on them, transforming the optical image into a hybrid one, whose message you can hear with your smart phone. Rosemarie Vollmer has painted over five such images in a dialogic action, thus bringing them back from a virtual to a material reality. With the app Artivive on your smart phone or tablet, you can trigger a video and virtually bring the picture to life. Sabine Schäfer has added an excerpt from a piece of music she composed to this clip.

The hybrid pictorial works described refer to a startling paradigm shift in our perception and thinking. Plato had taught that the truth of being lay in the sphere of ideas, while our visible world of things was only appearance. Enlightenment and rationalism had rejected these ideas as pre-scientific and false. Now an augmented reality opens up to us, an extended reality, whereby all at once the invisible becomes visible and the inaudible becomes audible. Here, too, there are signs of a kind of change of mind of almost incalculable scope. …”

Posted on September 22, 2021 by Philipp Berdesinski. This entry was posted in Art Works, exhibitions, new works. Bookmark the permalink.